The main reason Jake and I are on this trip is because my friends Cecilia and Marco were getting married, and for part of their honeymoon they were going to Ibiza and asked us to meet them there. At first we laughed it off and thought 'we can't come on your honeymoon with you.... can we....?"
So a good few months later here we are... In IBIZA!!! 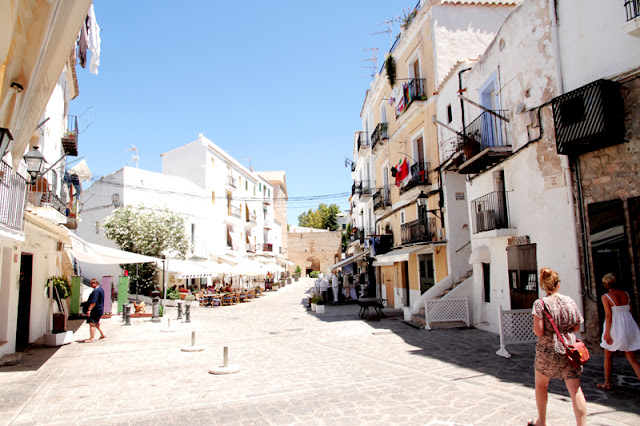 Ibiza was surprisingly more than to meets the eye! Yes we were there to sit on the sandy beaches and swim in the crystal blue water by day, and dance in the massively over priced clubs by night. I'm talking 12 Euros for  small bottle of water ( $15 AUS) or 17 Euros for a Vodka ($21 Aus) WOWZA!!! 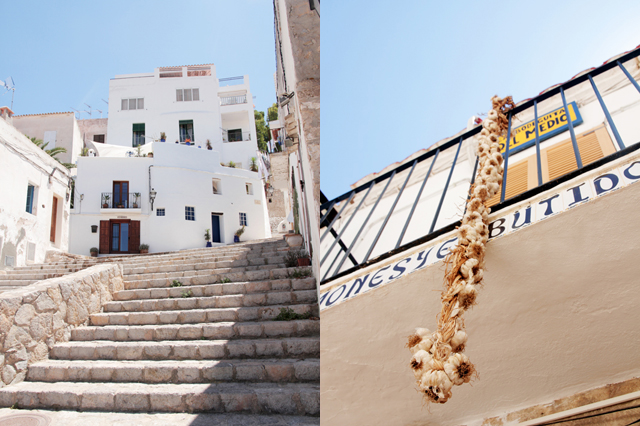 Ibiza has a great history and great people who live there. Ibiza is really only operational during their summer, so the locals are all out to make as much money as they can in this period before the island pretty much shuts down during the cold winter. 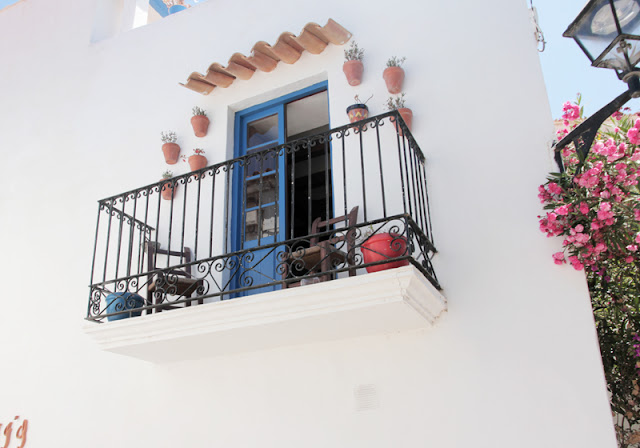 We had hired a car and did a day trip to the other side of the island, apparently were the locals and the very rich and famous frequent. Apparently Australian model Elle MacPherson has a mansion somewhere on the island. 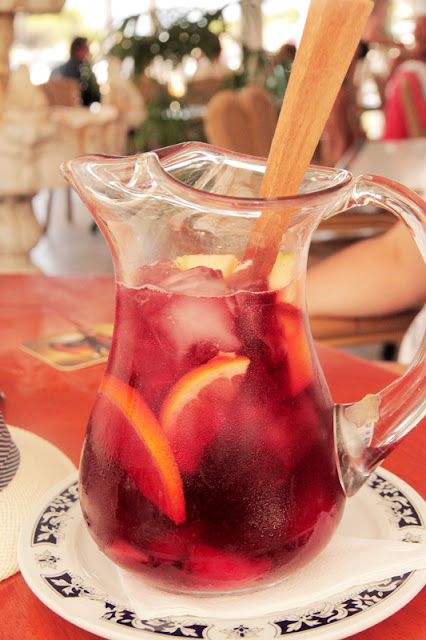 Now can I just say that Spanish Sangria is AMAZING!! I have it a few times in Melbourne but never liked it. This Sangria is fresh, sweet, zingy, spicy goodness... I should've asked for the recipe, but my spanish really isn't that great. 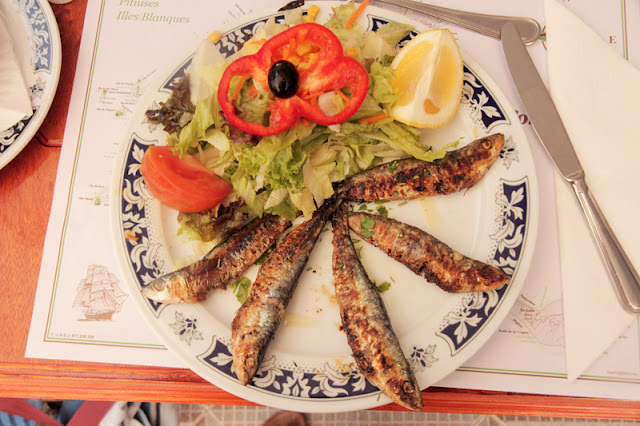 I ordered one of the specials, which was fresh caught grilled Sardines. These were so so fresh, easily the best fish I ever had. 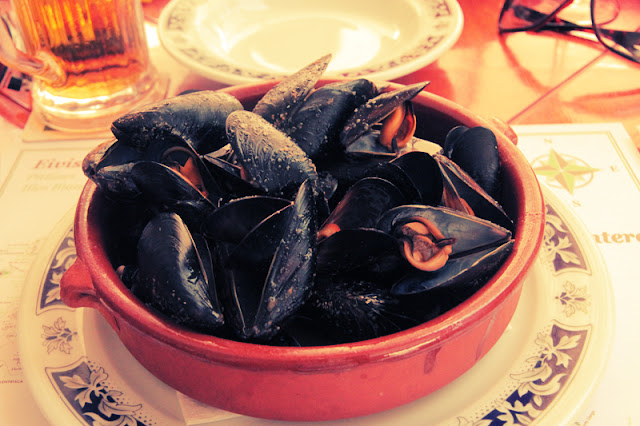 Cecilia ordered the mussels, really fresh again, with a thin marinara sauce. Mine was still better :) 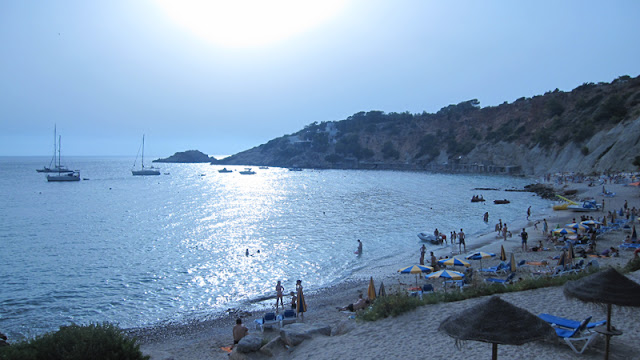 After our lunch we drove around to another beach, we had a sun bake we had a swim in the hope to build another appetite for dinner. We were craving Paella. 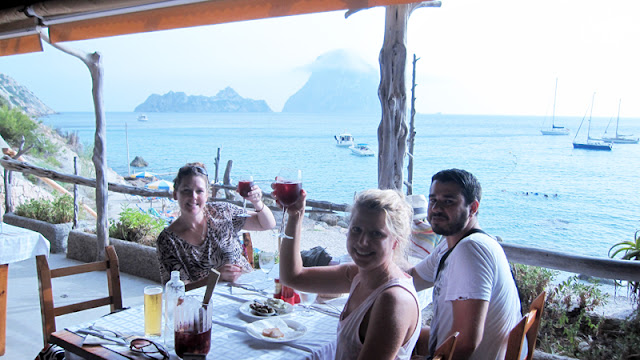 We walked up to the restaurant that overlooked the beached we had just been on. We of course ordered another jug of Sangria....when in Spain hey!! 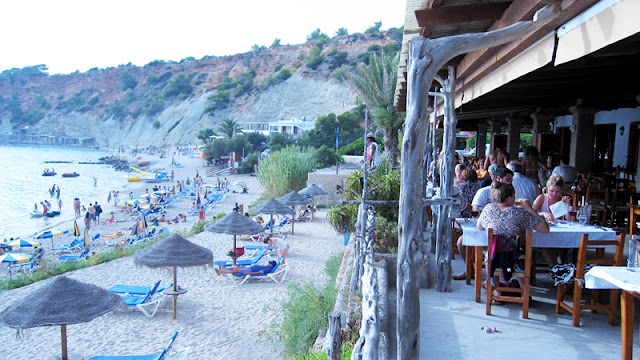 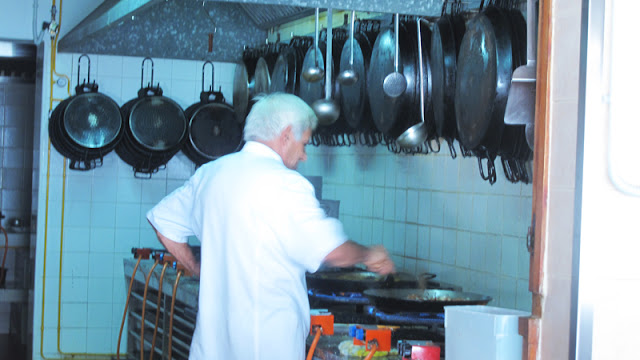 The Chef at work... check out the huge Paella pans hanging from the walls!!! 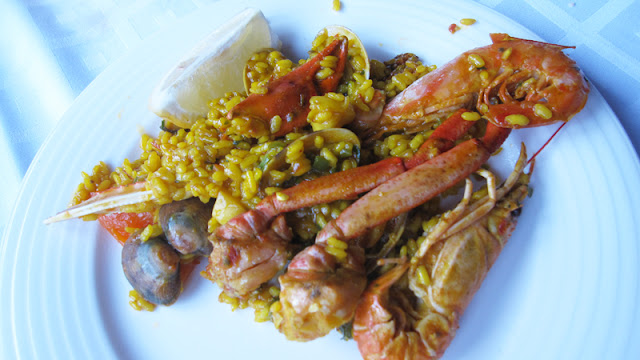 And then  it arrives... Unfortunately I didn't get a photo of the massive pan that hit our table. I was far too excited. The waiter kindly served us up a plate each and we got stuck in. I can honestly say that this has been the best thing I ever ever ever eaten!! Big call I know but its the truth. It was soooo chock full of seafood, seafood that was caught that same day and just below us in the crystal blue waters we had just swam in. Pipi's, Crab, Prawns, Langostines, and Mussels. The rice was cooked to absolute perfection. I could've cried. Everyone at the table was silent.. except for the occassional oooh's and ahhh's and Mmmmmmm's.
Just about every day since we had this Paella I have craved it. I could always make a point of heading back to Ibiza one day to have it again, but I fear that it would never be as good and would ruin that lovely memory I have. I think its best to leave that wonderful tasty memory where it is.... I love food, and I love how good food can make you feel and the memory of the people that were with you when you had it. I will never ever forget you